I made the back page

The Derby Telegraph contacted me, asked if I'd renewed my Derby County season ticket, and then asked for a quote. I made the back page.

The Roy of the Rovers Mystery 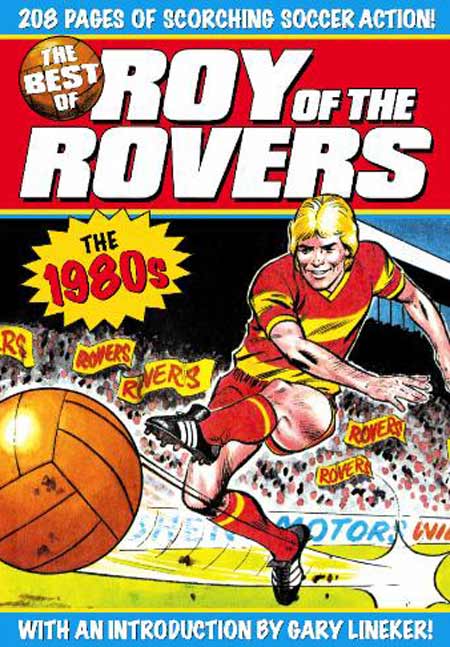 Completely out of the blue the 19th December 1981 issue of the Roy of the Rovers comic arrived in the post this week. The comic, priced 16p and published every Monday, was one I avidly read as a kid, soaking up Roy Race’s adventures playing football for Melchester Rovers - I even had a Melchester Rovers subbuteo team at one point during my childhood - but I had long stopped reading the comic by 1981.

There was a letter enclosed from The Football Fans Association, IPC Magazines Ltd and, as I read it, I realised the comic had been sent in appreciation of the Rams Panel pre-match and post-match write-ups on Derby County I had been submitting to the Derby Telegraph. 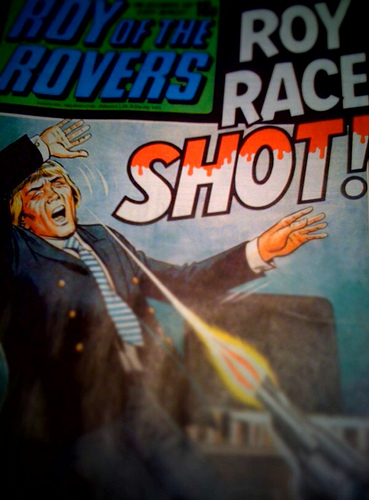 The comic had the alarming headline “Roy Race Shot!” and flicking through it I found that the players I remembered – Roy Race (player-manager by 1981), Blackie Gray, Duncan McKay etc. – were still playing for Melchester Rovers and other characters I remembered from my youth – Kevin “Mighty” Mouse, Gordon “Safest Hands in Soccer” Stewart, Tommy “Troubles” Barnes, Johnny “Hard Man” Dexter – were still going strong with their own storylines in 1981. There were new characters and stories too that I’d never heard of before, including the intriguingly titled “The Footballer Who Wouldn’t Stay Dead.”

Pleased as I was to receive this, I am also incredibly curious and intrigued. The letter (as you’ll see in a moment) refers accurately to my birthday and, more importantly, was sent to my postal address.

My initial thought was that someone from the Derby Telegraph had initiated this but I can’t recall giving anyone on their Sports Desk my postal address or birthday details.

As you celebrate your birthday this month you may be reflecting on your days as a young boy enjoying the simple pleasures of playing football with your mates.

As a life long Derby County supporter you will have experienced the highs and lows of football and despite a difficult season you still remain loyal to the Rams.

It has been a pleasure this season to read the match reports in the Derby Evening Telegraph submitted by local supporters such as you.

In appreciation of your excellent submissions we have pleasure in enclosing an original edition of Roy of the Rovers comic dated 19th December 1981.

The 1981-82 season was the 102nd season of competitive football in England. It was also the first season that the three points for a win system was introduced.

We do hope that you enjoy reading this vintage comic and perhaps it will bring back some fond teenage memories for you. Keep it safe as it could be the only copy in existence.

Even the name that signs off the letter is mysterious as Roy of the Rovers played for Melchester Rovers.

Thank you Michael Melchester, whoever you are!

If anybody can shed any light on this mystery I would appreciate it.

Now, if you’ll excuse me, I have a comic to read …