On Saturday Derby County entertain Millwall at Pride Park Stadium and I hope it’s not going to a case of after the Lord Mayor’s Show.

After giving our arch-rivals Nottingham Forest a one goal head start, plus a man advantage, and still winning away from home, the Rams will be full of confidence for the visit of the Lions.

The game represents a great chance for the Rams to consolidate their position in the Championship playoff positions. 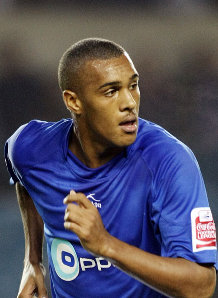 For me it has to be striker Jay Simpson. He’s currently on loan from Hull City and has Premiership experience from his time at W.B.A.

He scored six goals for the Tigers last season.

Previous encounters: I’m afraid I can’t recall too many standout games against Millwall and, with apologies to the majority of Lions fans, the memories I have of past encounters are not good.

I remember Millwall fans ripping the seats out of the Normanton End at the Baseeball Ground and hurling them at other supporters.

I also remember the playoff 2nd Leg at the Den when Rams goalkeeper Martin Taylor had to run the gauntlet to get off the pitch unscathed.

Let’s just hope it’s a good and trouble free game on Saturday, remembered for all the right reasons.

Published in the Derby Telegraph and on Derby County Mad on 23rd September 2011.