There’s a saying that goes “You can’t win them all” and that was true enough on Saturday as Derby County’s winning start to the season came to an end following a
2-1 defeat to Burnley.

The Rams struggled to click up front and were second best in a first-half that saw the Clarets create the better chances.

Theo Robinson and Lee Croft replaced Steve Davies (back) and Jamie Ward (hamstring) during the break and there was more of an impetus to the Rams attacks.

Mistakes by Mark O’Brien and Frank Fielding allowed Charlie Austin a brace, the second shortly after Robinson had equalised.

Burnley hit the woodwork twice. Derby had two cleared off the line.

The Rams had further chances in the closing stages but it wasn’t to be. 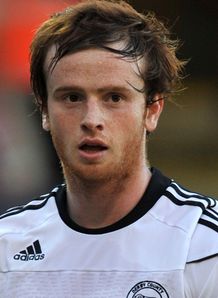 Rams Man of the Match: Not an easy choice with few stand-out performances.

I’m going for John Brayford. The Rams looked at their best first-half whenever Brayford broke forward.

After the break, he combined well down the right with Croft and Craig Bryson to create numerous chances.

Couldn’t be faulted for either Burnley goal.

How did the ref do?

Referee Andy Haines didn’t have the best of games.

He started okay but as the game wore on his lack of authority saw the game threaten to get out of his control.

His tendency to either waive play on, or completely miss blatant fouls, often left more than one injured player strewn across the pitch as play continued.

Should’ve done more to clamp down on Burnley’s blatant time wasting tactics too.